These days, Korean men are no longer known only as the ‘feminine’ singers and dancers of a boy group. Nor do they only exist as the emotionally twisted yet charming lead of a Korean drama, the one who will sweep the heroine off their feet. Instead, those who have visited South Korea, especially the capital of Seoul, are now gushing over the everyday guys seen on the streets. What might be about them that’s capturing the attention of people watchers everywhere? The simple answer is: the Korean men’s fashion.

These days, Korean men are no longer known only as the ‘feminine’ singers and dancers of a boy group. Nor do they only exist as the emotionally twisted yet charming lead of a Korean drama, the one who will sweep the heroine off their feet. Instead, those who have visited South Korea, especially the capital of Seoul, are now gushing over the everyday guys seen on the streets. What might be about them that’s capturing the attention of people watchers everywhere? The simple answer is: the Korean men’s fashion.

That is, a typical Korean man dresses incredibly well! Though fashion is usually known as an interest for women, in Korea, it is definitely common for both genders to pay attention to their outfits. And not just when fashion week enters town! That makes for some great attire for people watchers to notice and even take inspiration from. It also makes shopping in Seoul more fun for men since there will be stylish options available for them as well. But what exactly does the Korean men’s fashion scene look like? What are the trendy style genres to go for in Seoul?

Can’t read Korean yet? Click here to learn for free in about 60 minutes! 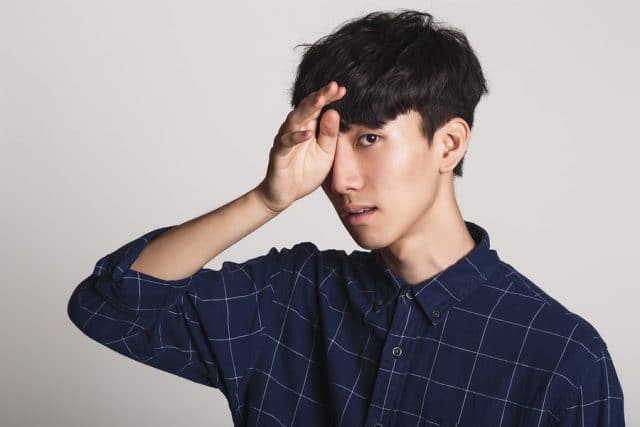 Skinny Bottoms Are IN

Whether we’re talking about jeans or other types of pants, Jonas Brothers aren’t the only ones with a liking to thigh hugging bottoms. You may have seen a lot of Korean boy groups on TV dressed in pants so skinny you wonder how they breathe in them – but your everyday Korean man will not be shy to wear such pants either! And not just in black, either; it’s totally fine to add some color to the outfit!

Did Someone Say Ripped Jeans?

Yes, indeed, Korean men love jeans with rips here and there every bit as much as Korean women do. Just throw on a pair of ripped jeans with a basic t-shirt, form hugging long sleeved tee, or a sweater, and you’ve got yourself the perfect effortless and yet stylish outfit!

The Shirt Under a Knit Look Isn’t Just for Professors

When you think of wearing a knit or a basic sweater with a shirt underneath, a middle aged college professor might be the first thing to pop into your mind. But actually it’s a very popular look among Korean men in their 20s and 30s, especially for a date night. It’s casual enough not to look silly, but put together enough to charm the ladies.

Or Just Go with the Shirt

Another typical date look for a Korean man is to wear a shirt, any kind of a shirt, and pair it up with jeans or slacks. Again, a relatively low effort look to go for, but one that is incredibly easy to look good in. Men who care for their appearance might dress up in a variation of this just for a night out with their boys as well, especially if the destination is Gangnam.

Though many Korean men love the comfort of a classic pair of sneakers, or the ease of canvas shoes, sometimes they’re not the most stylish choice for the outfit. Sometimes a man just needs that good pair of black loafers and boots to go with their look, especially the combination of boots with skinny jeans. And Korean men also do not shy away from their shoes being equipped with a bit of heel. Why not look a little taller while you’re at it?

The Coat Matters As Well

Leather jackets, denim jackets, and colorful blazers exist in every Korean man’s closet for the fall and spring seasons. As for winter? A knee-length woolen winter coat is where it’s at! Another prevalent winter trend among Korean men, albeit not as stylish one, is to wear the puffiest North Face jumper one could possibly get their hands on. Well, at least you’ll stay warm!

Better Yet – Just Suit it Up!

If you happen to have an office job in Korea, chances are you will have to wear a suit on a daily basis. It’s not usually the preferred outfit choice for a Korean man, but it’s really tough not to look good while wearing one. So if you are one of those in this situation, why not just embrace it? Sure, it’s not as comfortable as a hoodie and sweatpants, but everyone around you is guaranteed to swoon!

There’s casual, and then there’s casual fashion. In this case, we’re not talking about you throwing on the first items you could find on the clothes rack. We’re talking about an easy-to-wear, relaxed fit, as casual as it can get look that’s actually carefully calculated and put together. To achieve this look, you’ll wear loose pants, and anything from loose jeans to sweatpants goes. The top will also be loose, and can be of any style and color you choose. Though, be sure to have at least one item be of a subtle and earthy color. 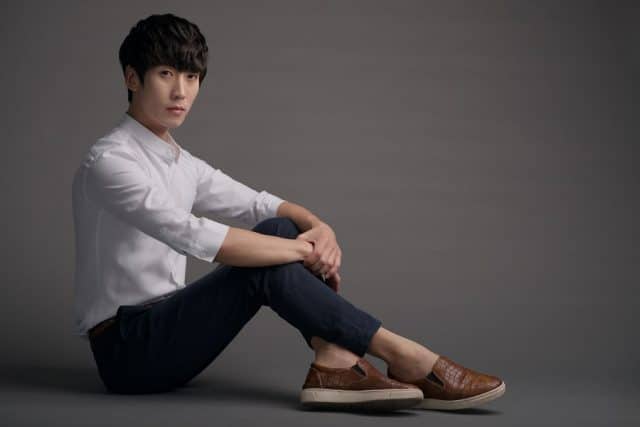 Now that we’ve got the Korean men’s fashion styles covered, we can move onto the next burning question: Where to shop for the most authentic look?

This is a popular fashion brand directed towards men, founded by three big male model names in the Korean fashion industry. With this brand, you can hit the nail on the head with the casual fashion look.

With this brand, you can find clothes that ooze comfort and trendy street style. The clothes are best described as modern and minimalistic. Combining them with other brands will bring about any trend categorized above.

From Plac, you can also discover all sorts of styles and colors. But first and foremost, this is the place to go for your new pair of jeans.

Though there may not be as many street shops out there covering the fashion needs of men as there are for women, it’s the best way to go for affordable fashion. Especially the shopping in Hongdae, Edae, and Myeongdong are great for finding smaller local brands. The clothes may not be as edgy as higher end fashion brands, but they’re definitely not lacking in style.

So are you ready to take the lessons of Korean men’s fashion to heart? Which Korean celebrity do you think is the most fashionable? Let us know in the comments below!

The post What You Need To Know About Korean Men’s Fashion appeared first on 90 Day Korean®.