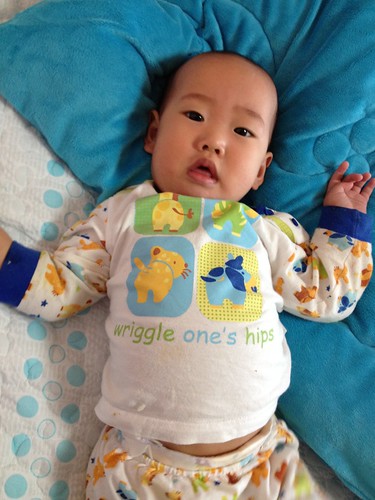 One of the labels causing us the most excitement this year has got to be Wriggle One’s Hips. This outstanding lineup from none other than the extraordinary designer Von Incognito is characterised by sophisticated chic motifs and minimalist pastels. You may notice that the four animals on the front of this piece are all facing rearward.
We noticed it too! 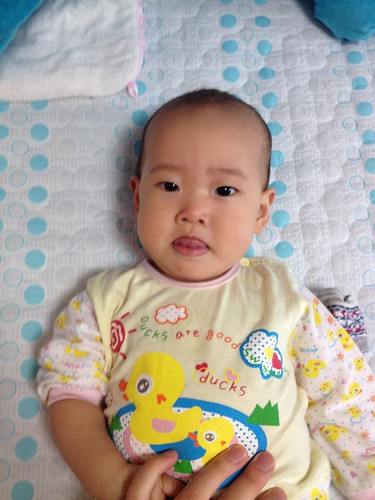 Hot on the heels of Wriggle One’s Hips and demanding star attention is the exclusive upcoming haute couture label, Ducks are Good. We immediately fell in love with the loose silhouettes and summer palettes of this season’s releases. Modeling this piece is one of the biggest bangs in fashion history, Big Baengy, who now meets all requirements of the Institute for Modeling Ethics (at least 15 months of age and weighs more than 8 kilos). 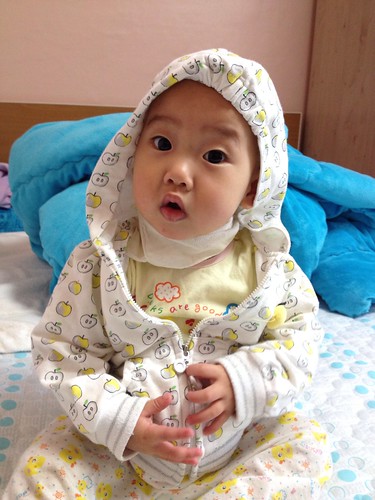 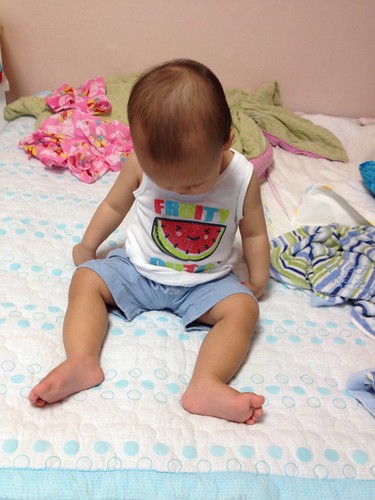 Fruity Cutie makes its much anticipated return to Farrand Fashion week, after it’s successful debut at last year’s event held in the fashion hotzone of Living Room. This much-coveted label has released its hottest lineup inspired by Polish gypsies, who have been known to eat watermelons. 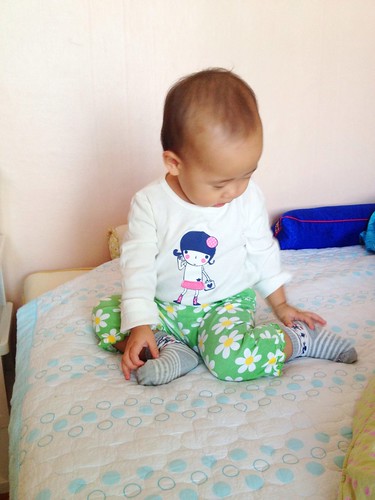 Unless you’ve been living under a rock and not paying attention to any of the biggest tabloids for over a week, chances are you’ve already heard of the Nameless Brand. Just to clarify, the brand itself isn’t called ‘nameless’, but of course, is referred to by that name because there are no tags or branding present on their items. Is this perhaps a cheeky designer’s nod toward the immaterialist views of Irish philosopher George Berkeley? We like to think so!

The floral print on the green pants has been executed perfectly. We sure hope they release it in adult sizes before next summer, or we’ll have nothing to wear. 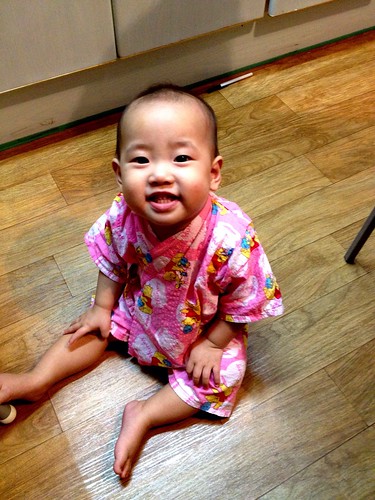 Whoever it was who first uttered the phrase “the night is young’, most likely said it because they couldn’t stop thinking about these pink pyjamas from Winnie the Pooh.
The wrap-around stylings and bold colours are a dead giveaway in identifying the designer’s obvious penchant for samurai futurism. 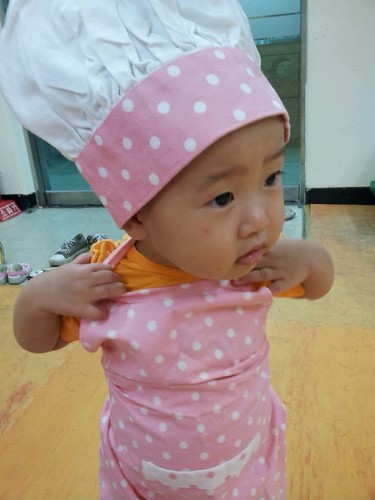 This matching two-piece with chef’s hat and apron brings hints of comic nostalgia to the catwalk, as we hilariously recall the outrageous mishap that occurred when two minor celebrities wore this exact same outfit to the 2008 Oscars. We remind our readers that such embarrassment can easily be avoided by employing your very own fashion consultant from LKB Fashionistas, quite a worthwhile investment considering the endless benefits to be had. 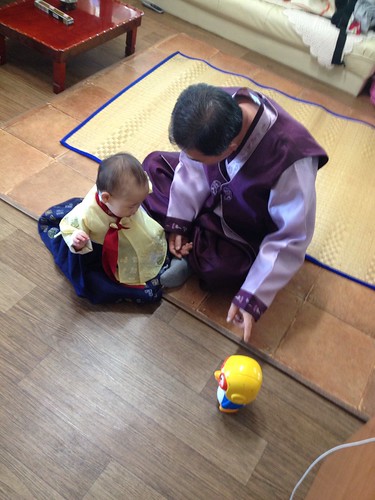 Another label subjected to much anticipation this year was Traditional Hanbok Inc., who did not fail to impress the A-list guests by again revealing their deft hand at couture-quality finishes. 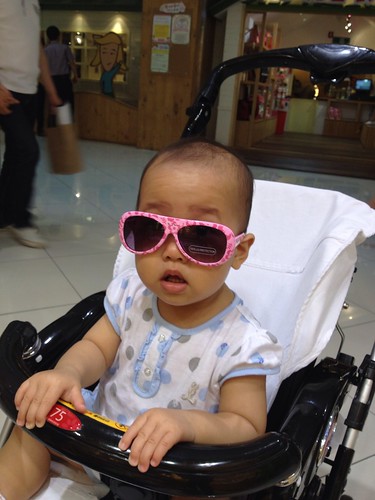 Our photographers were out on the streets all week, busily catching up on the latest trends in celebrity fashion. Seen here is Ashley Farrand, fooling no-one as to her true identity while she attempted to shop anonymously at E-Mart in a light cosmopolitan summer blouse. Apparently she thought that her Michael Jackson-inspired sunglasses would hide her from our camera clicks. The fashion diva has got to do better than that to escape the radar of our shrewd photographers! 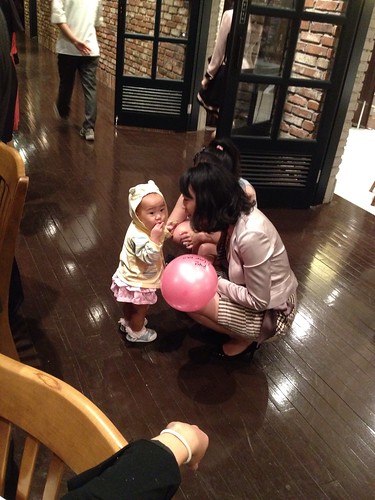 Having settled down from the plume of scandal surrounding her crying outburst in the Subway, we also spotted Ashley at Robert and Jisun’s wedding. These photos by our undercover photographer had the critics unanimously raving throughout the fashionverse. It seems that with her sheer gravity of starpower, Ashley is single-handedly attempting to bring back the long-forgotten combination of mini-skirt, hoodie and balloon. 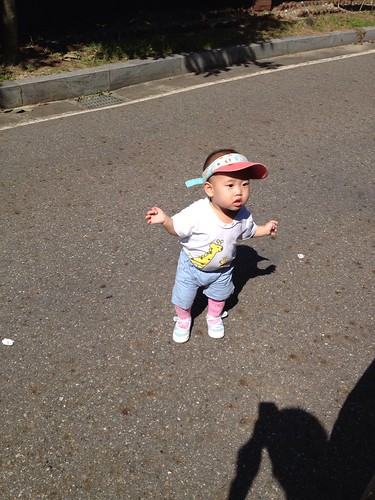 Here again we see Ashley hitting the streets of Gwanak-gu in plain view. Our offices were abuzz for days after receiving this photo, showing her choice of giraffe shirt and blue stretchy pants, a riot of colour and wit.
Rumor has it that she was needlessly obssessing over her choice of socks before venturing outside in this outfit. Our fashion analysts have concluded that it was a bold choice that seems to have paid off. 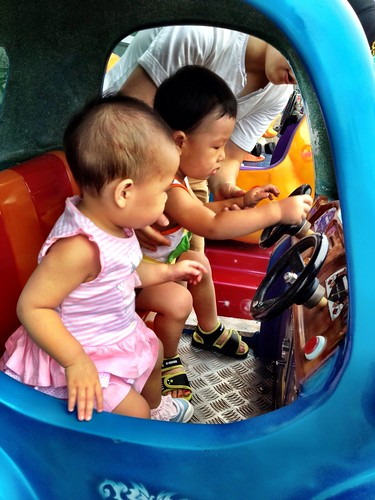 These latest paparazzi photos appear to have caught Ashley off-guard as she sits in a car with her third boyfriend in 3 months! We can’t help but point out their matching feminine-masculine sandals, as Boyfriend Number 3 hurriedly tries to start the car and escape our camera flashes. 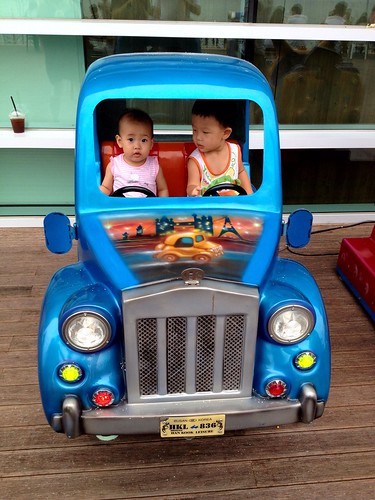 But not before we managed to snap this front-on beauty! It seems that Ashley has a thing for clean-shaven guys with strong arms. We noticed that the car also has a painting of a car on the bonnet, which is a very fitting reminder of the vehicle type. One thing that puzzles us though, is why there are two steering wheels. Is it a sign of their imminent parting-of-ways? We hope not!
And to Ashley we say, “Although your daddy doesn’t approve of your new boyfriend, he says don’t come home too late!”